The vertical columns of formaldehyde (HCHO) retrieved from two satellite instruments, the Global Ozone Monitoring Instrument-2 (GOME-2) on Metop-A and the Ozone Monitoring Instrument (OMI) on Aura, are used to constrain global emissions of HCHO precursors from open fires, vegetation and human activities in 2010. To this end, the emissions are varied and optimized using the adjoint model technique in the IMAGESv2 global CTM on a monthly basis and at the model resolution. Given the different local overpass times of GOME-2 (9h30) and OMI (13h30), the simulated diurnal cycle of HCHO columns is investigated and evaluated against ground-based optical measurements at 7 sites in Europe, China and Africa. The agreement between simulated and ground-based columns is found to be generally better in summer (with a clear afternoon maximum at mid-latitude sites) than in winter, and the annually averaged ratio of afternoon to morning columns is slightly higher in the model than in the ground-based measurements.Both optimizations infer reductions of the global biogenic and pyrogenic flux estimates compared to their a priori values and show a high degree of consistency. A reduction of the global annual biogenic emissions of isoprene is derived, by 9% and by 13% according to GOME-2 and OMI, respectively, compared to the a priori estimate of 363 Tg in 2010. The reduction is largest (up to 25-40%) in the Southeastern US, in accordance with earlier studies. The GOME-2 and OMI satellite columns suggest a global pyrogenic flux decrease by 36% and 33%, respectively, compared to the GFEDv3 inventory. This decrease is especially pronounced over tropical forests such as Amazonia and Thailand/Burma, and is supported by comparisons with IASI CO observations. In contrast to these flux reductions, the emissions due to harvest waste burning are strongly enhanced in the Northeastern China plain in June, as well as over Indochina in March. Sensitivity inversions are conducted in order to explore the possible impact of uncertainties associated to the priori errors on the emission fluxes, the cloud fraction filter applied to the satellite data, and the isoprene oxidation mechanism on the inferred estimates. 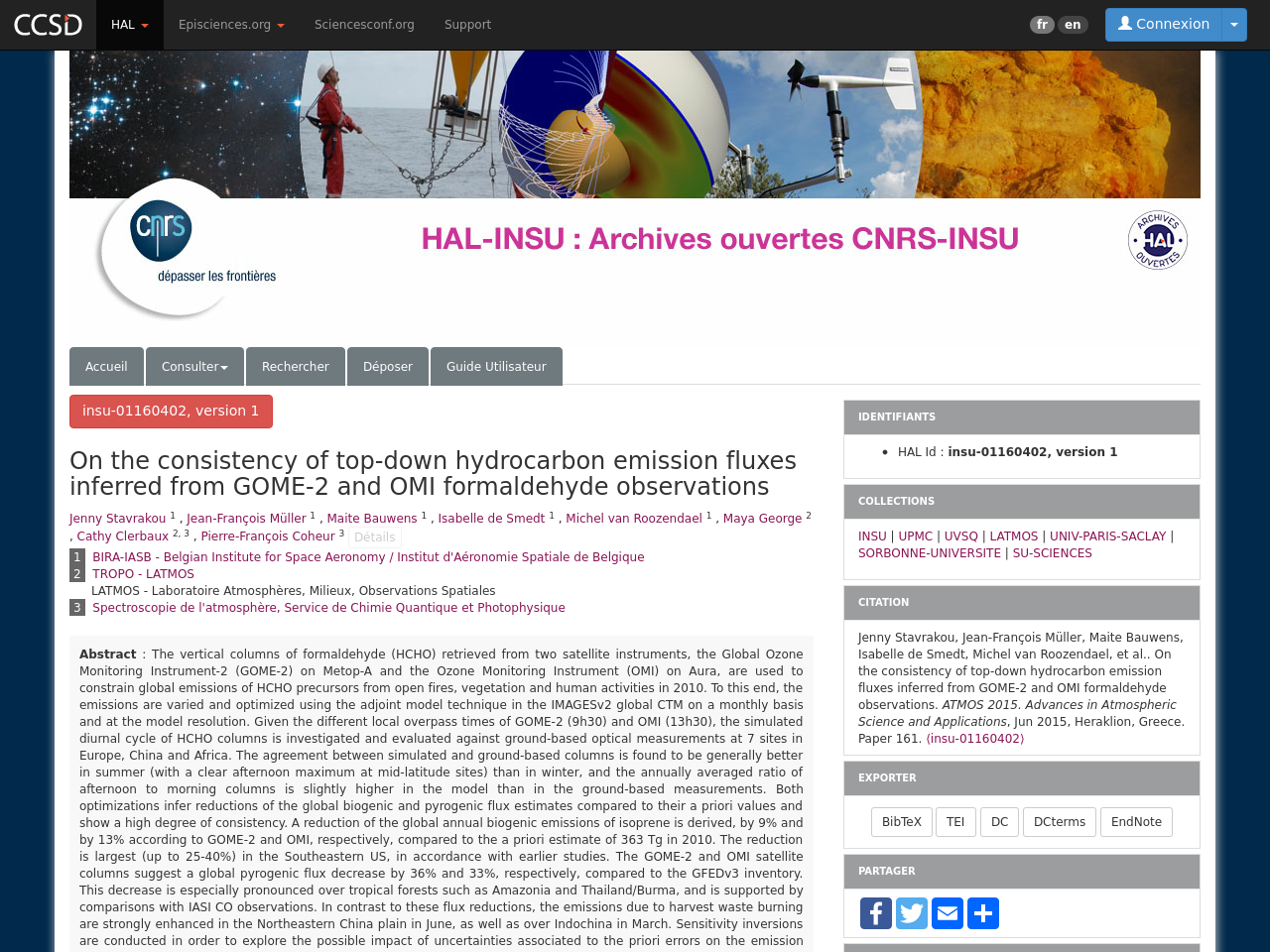