In his studies of the Habsburg monarchy’s banking system, Bernard Michel has shown what significance the rise of Czech banking institutions had for national development. In addition, he pointed out the significance bankers had in the evolution of the Czech grand bourgeoisie. But just like in other national societies leading Czech bankers hardly assumed political offices and they generally remained aloof from day-to-day politics. By contrast, however, a study of the Czech political elite also shows the great significance of the financial sector for Czech politics. Among Czech deputies to the Vienna Parliament in the years from 1907 through 1914 there was not a single banker, but just about half of the deputies were in some way linked by parallel jobs or politics with banks, savings banks, financial assistance societies or credit cooperatives. Particularly committed in this regard as directors, treasurers or members of management or supervisory boards of banks and savings banks, were bourgeois-national politicians while their agrarian and clerical colleagues did the same in rural cooperatives and Social Democrats in financial assistance societies and people’s banks and National Socialists in small-town cooperatives. National self-organization in the Czech case affected the financial sector to a considerable extent, something that resulted in politicization of that sector. Organization and domination of specific parts of the financial sector were important for a party for political and social reasons. In doing so, entrepreneurial perspectives were subordinated to party-political and tactical considerations. 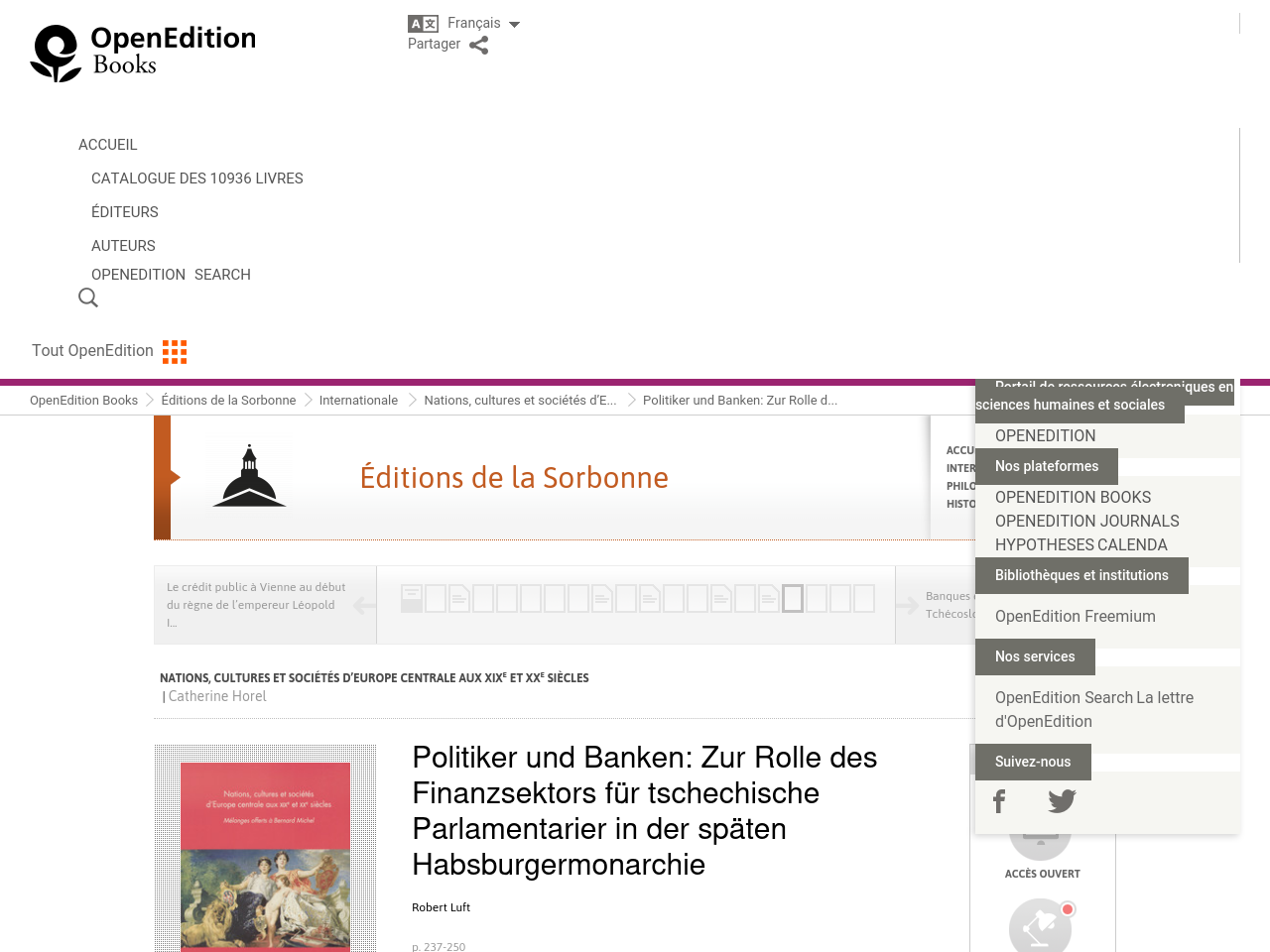