Reconstructing the palaeoenvironment in southern Cyprus and its interaction with the Neolithic humans: the case of Klimonas (PPNA).

The site of Klimonas, in the district of Limassol, Cyprus constitutes the most ancient human settlement on the island. Klimonas was settled around 8800 cal BC (PPNA). Beyond the study of the site itself, Klimonas and its surroundings can provide important information on the palaeoenvironment and palaeotopography of the region. Its position, on a slope formed by colluvium deposits and next to the small coastal stream Athiaki, offers good conditions for a geomorphological study. The extra-site study on Klimonas was conducted on two scales: the first concerns the left slope on which the site was settled and the second the Athiaki valley itself. The study of a section directly related to the site provides information on the palaeotopography of the site when it was settled and the colluvium's dynamic. The Athiaki valley is formed by three 15 meters height alluvial terraces. They were liable to have recorded the environmental changes since the Late Pleistocene, and we undertook their study in the hope to reconstruct the evolution of the climatic conditions and of the river dynamic during their formation since that times, including the time of occupation of Klimonas. The radiocarbon dating of the palaeosols of the two main sections under study revealed that they have been accumulated between the Last Glacial Maximum and the beginning of the Holocene; a part of them is actually contemporary to the occupation of Klimonas. Through geoarchaeological approaches and different kinds of analyses such as magnetic susceptibility, sedimentology, soil micromorphology and XRF, this study aimed to reconstruct the palaeo-environmental and fluvial conditions before and during the Neolithic occupation of Klimonas. Additional study of phytolithes conducted in the palaeosoils related to the site and in the earth used for the construction of the buildings, allowed us to understand the interaction of the Neolithic society with its environment 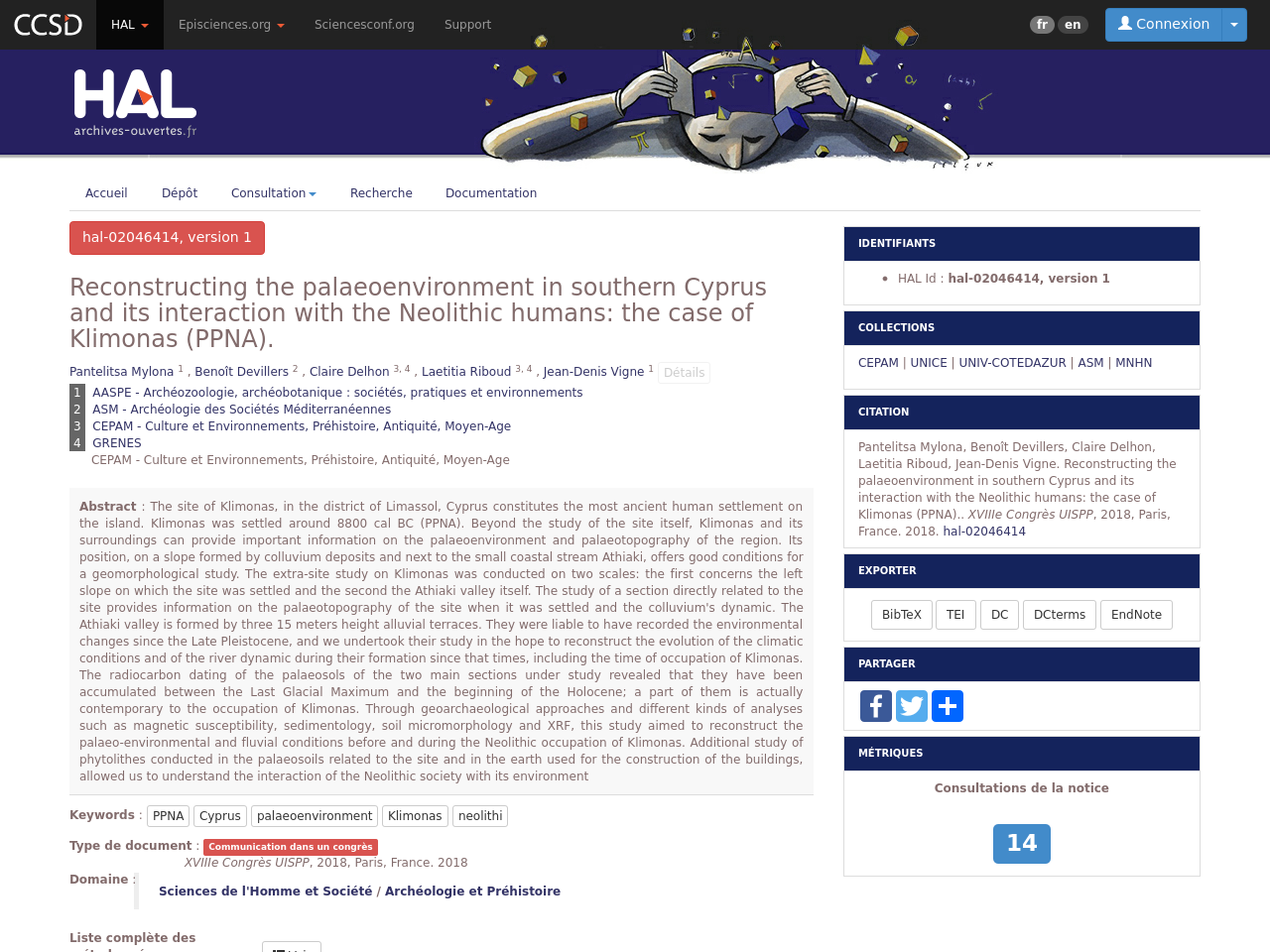