Geostrategic Visions on the South Atlantic: Brazil and Colombia, a Comparative Approach

This article seeks to analyze the different approaches that Brazil and Colombia have had to date on the geostrategic importance of the South Atlantic, emphasizing the differences that the ocean has had for their respective conceptions of nation and their insertion in the South American region. It argues and concludes that while Brazil seeks leadership in South America by emphasizing its role as promoter of an integral autonomizing2 conception that articulates development, defense and regional security, Colombia prioritizes its role as a reference in the fight against transnational crime, positioning itself as a Middle Oceanic Power. 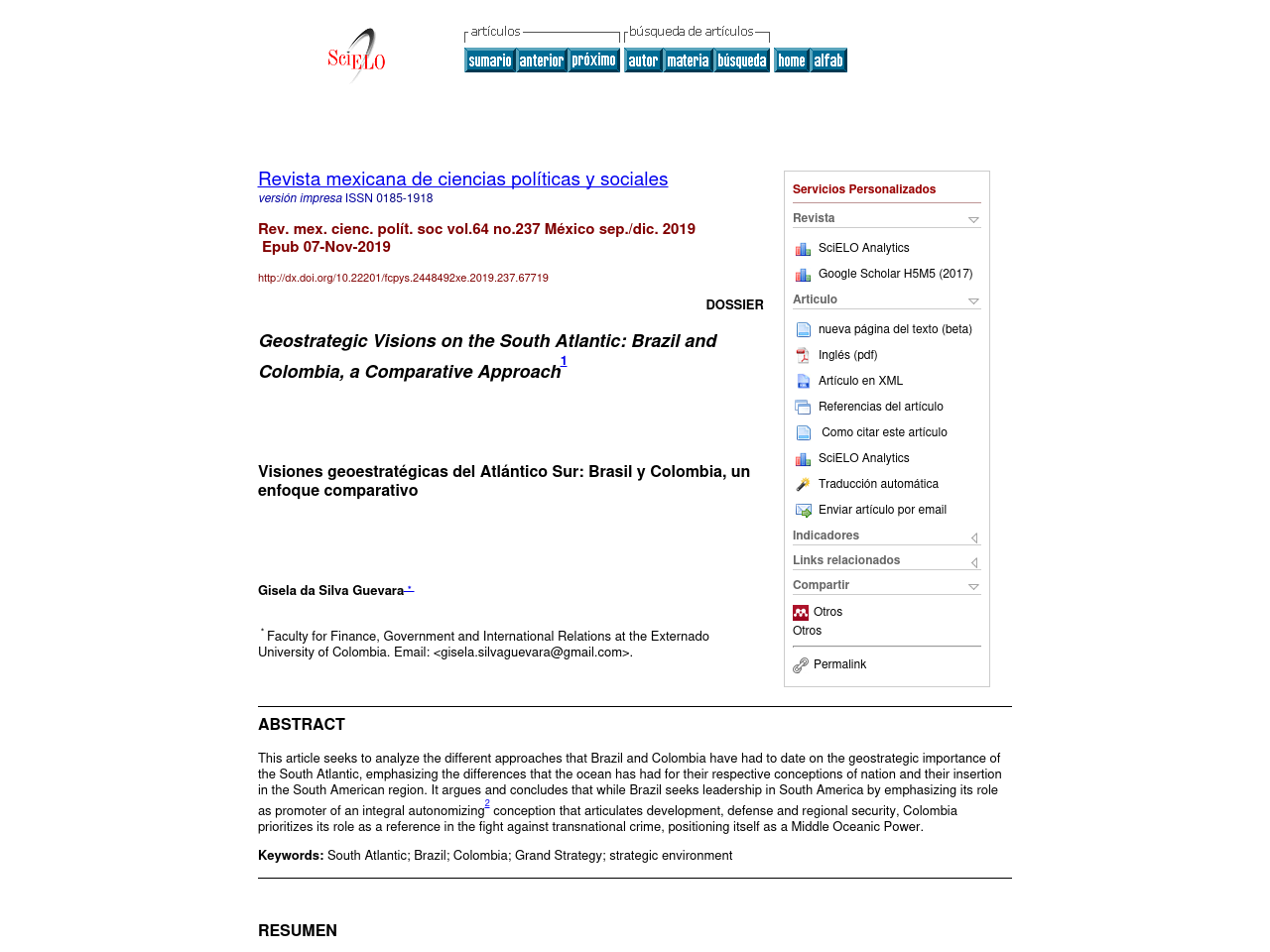