“Standardisation” and “variation” are very familiar terms from the sociolinguistics literature (Labov 1972; Haugen 1972; Trudgill 1974 ; Milroy 1987 among many). But the relationship between them may be much more complex than is often assumed. The papers in this volume together challenge the notion of a simple opposition between the two concepts, by exploring aspects of English standardisation and variation in their interaction with social contexts. 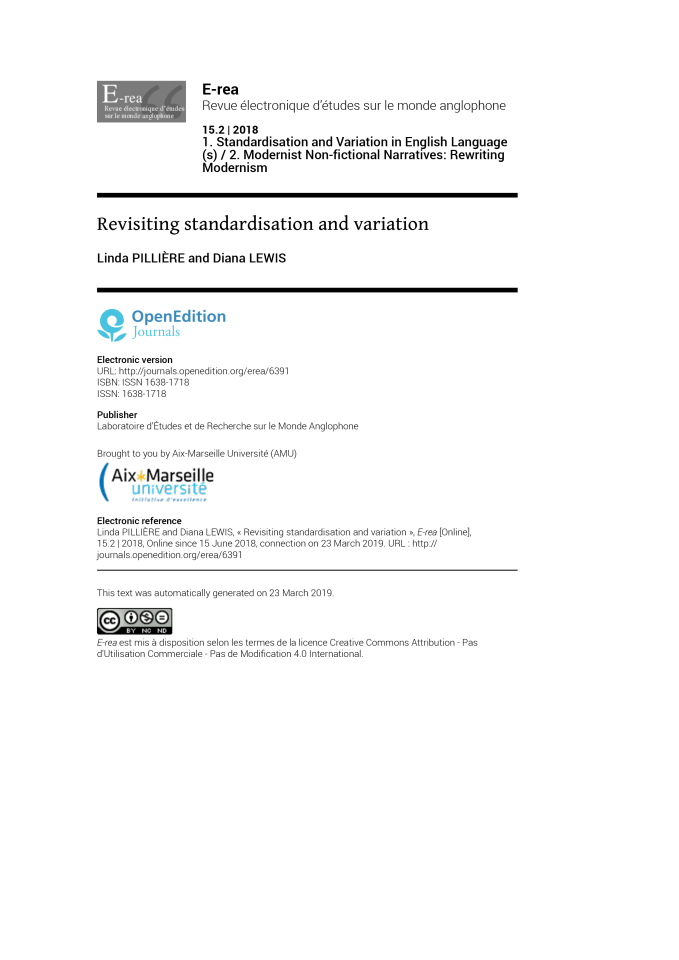