The use of visual warnings in social marketing: The case of tobacco

Despite strong interest on the part of tobacco health practitioners, the effect of graphic warnings inserted on cigarette packs is unclear on several levels. First, the most effective themes for such messages have not been clearly identified by researchers. Second, no research has identified the ideal combination of self-efficacy and fear appeal warnings that should be inserted on cigarette packs, according to Protection Motivation Model principles. The exploratory study we conducted with French consumers to test the effectiveness of new graphic warnings proposed by the European Union in 2004 clearly demonstrates that visual messages, as opposed to text warnings, are more effective. This study also enabled us to identify the most effective themes of the European set: health warnings and social messages. Regarding future public health applications, if fear appeals are used, they need to be combined with self-efficacy and cessation support messages since they provoke avoidance reactions. 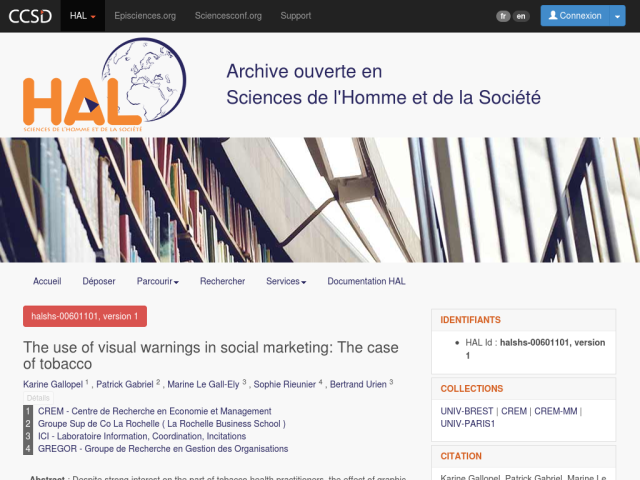