This documentary is the result of several years of research begun with an ethnographic study on the emergence and institutionalization of a salmon farming cluster in Chile. It was filmed from 2006 till 2008. The documentary deals with critical lines among NGOs and trade unions concerning the violent anthropological and economic changes endured by the traditional rural Chiloté Company, and more generally by the South of Chile, because of the establishment of salmon farming multinationals during the last twenty years. Today NGOs and trade unions bring to the notice of Chilean civil society, national and international experts, Western consumers – via their communication networks and the organization of national and international campaigns – the negative impacts of this industrialization. Criticisms concern the poor wages and working conditions of employees, the ecosystems destruction, the defective management of a sanitary crisis that affects salmon. Taking into account these tense social and economic contexts, this film can neither report the internal running of companies, nor the entrepreneurs' and workers' statement. Political regulations between entrepreneurs, employers federations, trade unions and State representatives are a slow and complex process, which emerges with difficulty in a context of political deregulation and economic globalization. This documentary investigates the tensions between two approaches, between a growth model and a sustainable development model.Ce saumon qui dérange : la fabrique incertaine de l'environnement 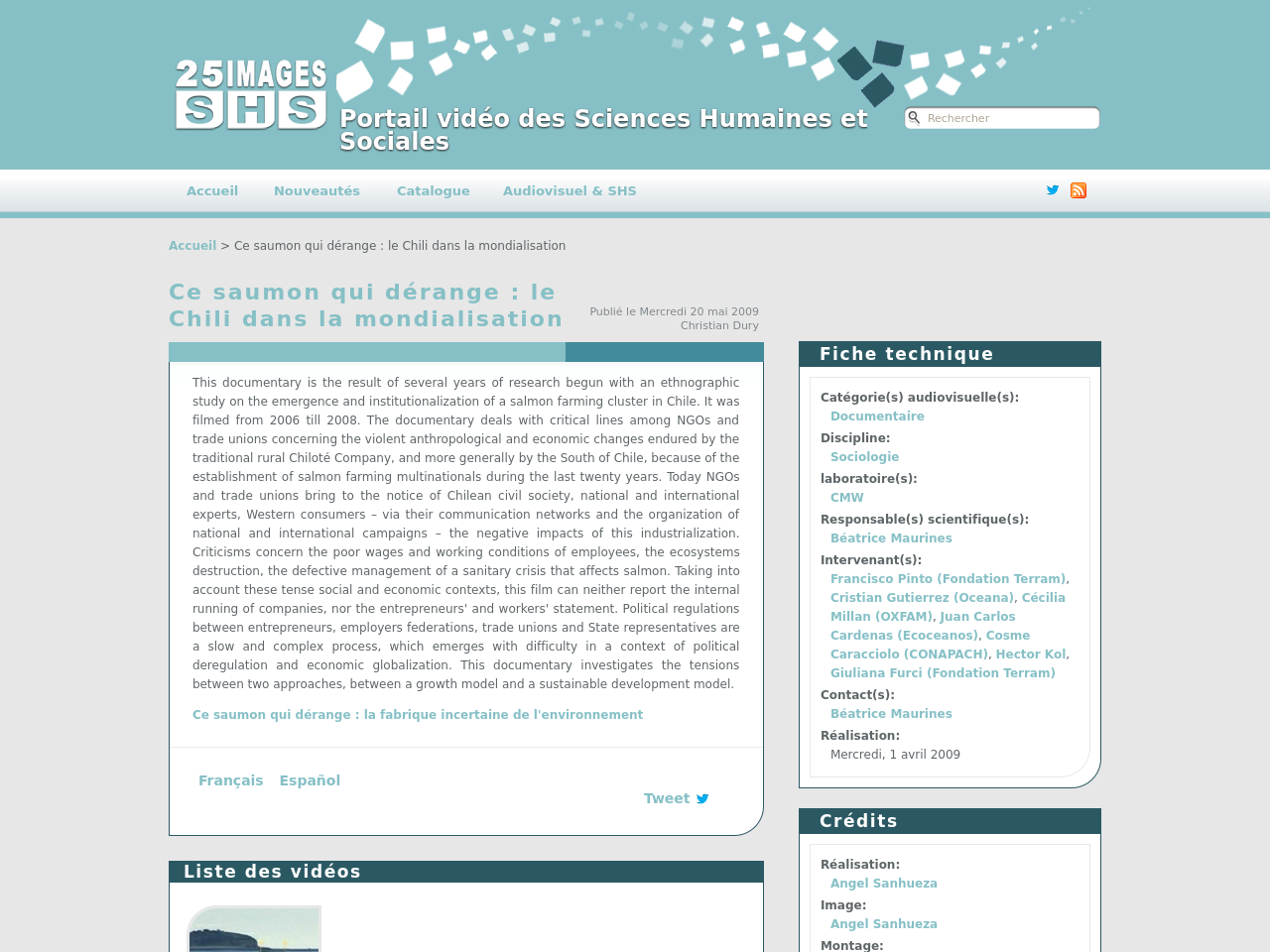