Angelo Nicolaides, « The philosophical conception of Mariology and the notion of Theotokos in the teachings of Saint Ambrose », Phronimon, ID : 10670/1.wyncdi

Saint Ambrose (339-397 BCE) was bishop of the Italian city of Milan and was a leading writer in the Western Christian Church during the 4th century. He was an outspoken believer in the notion of Christian female virginity and succeeded in communicating prominent conceptions of God and of the Christian quest for a virtuous life. Central to Ambrose's teachings is the virginity of Mary and her role as the Theotokos (God bearer/Mother of God). This article discusses the Mariology of Ambrose of Milan, which greatly influenced the thinking of contemporary Popes including Damasus, Siricius and Leo the Great. In uncovering the Mariology of Ambrose, the researcher used various sources and went back to the official Marian pronouncements of Ambrose and also accentuated Scripture within the overall context of both Catholic and Orthodox Church teachings. A historical text-critical analysis was used and understood in terms the historic and socio-cultural context in which Ambrose lived. Biblical hermeneutics was applied to assist in the analysis of the relation between Biblical statements on Mary, Ambrosian writings and the early Church fathers, so as to arrive at a philosophical conception of Mariology and the notion of Theotokos in the teachings of Saint Ambrose. 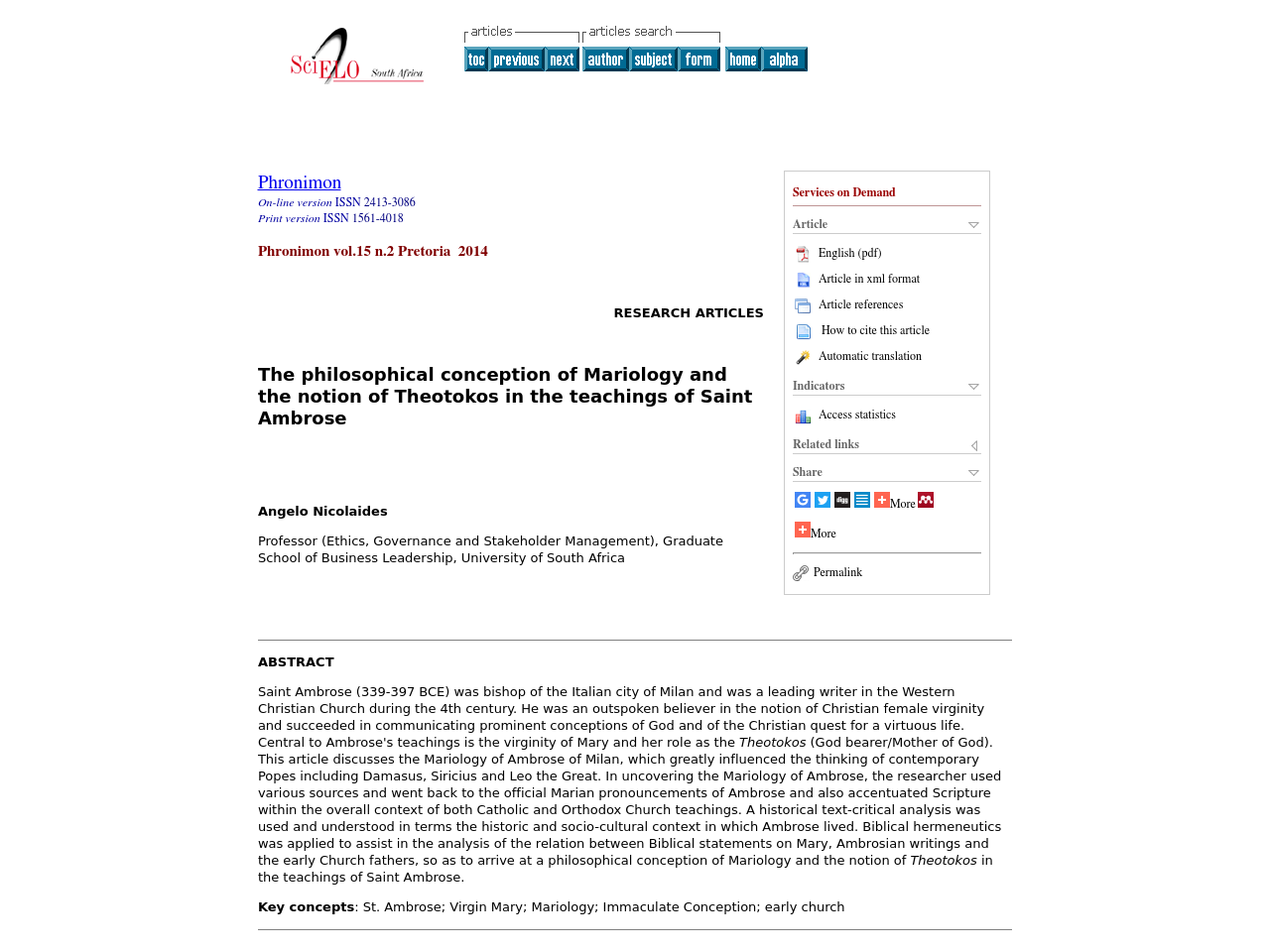