This article seeks to define tonality as an interaction between different levels of structure in terms of a conjunction of intervallic distance, polarization, modal direction, and voice leading of the harmonic progressions. Intervallic distances depend on the modal direction of transformations as well as on polarization on the circle of fifths in any hierarchy level. Voice leading creates pitch spaces that both embody and outweigh the abstract concept of tonal event according to transformational theories. This model of tonality is particularly relevant to music of the later nineteenth and earlier twentieth centuries, where works are based on complex, developed structures composed of non-symmetrical recurring units. The potential for analysis is demonstrated with several passages from Dohnányi’s Piano Quintet, op. 26, first movement. 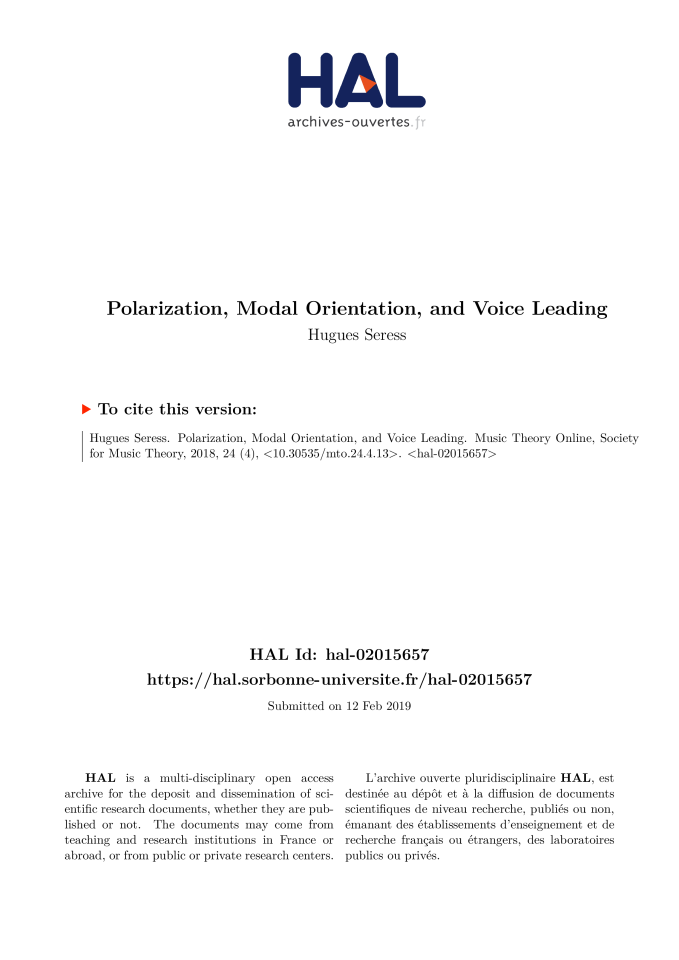