Trends from 2006-2018 in Health, Health Behaviour, Health Outcomes and Social Context of Adolescents in Luxembourg

This report shows how 30 health indicators developed in the four Luxembourg HBSC surveys conducted in 2006, 2010, 2014 and 2018. There were positive trends especially in the health behaviour of the pupils: they smoke less and drink less alcohol. They also report more frequently that they brush their teeth regularly, eat more fruit and fewer sweets and consume fewer soft drinks. From 2006-2018, however, there were also deteriorations. For example, more pupils feel stressed from school and rate the climate among classmates worse. In addition, there are more pupils who are overweight and exercise less and more pupils report having psychosomatic health complaints. 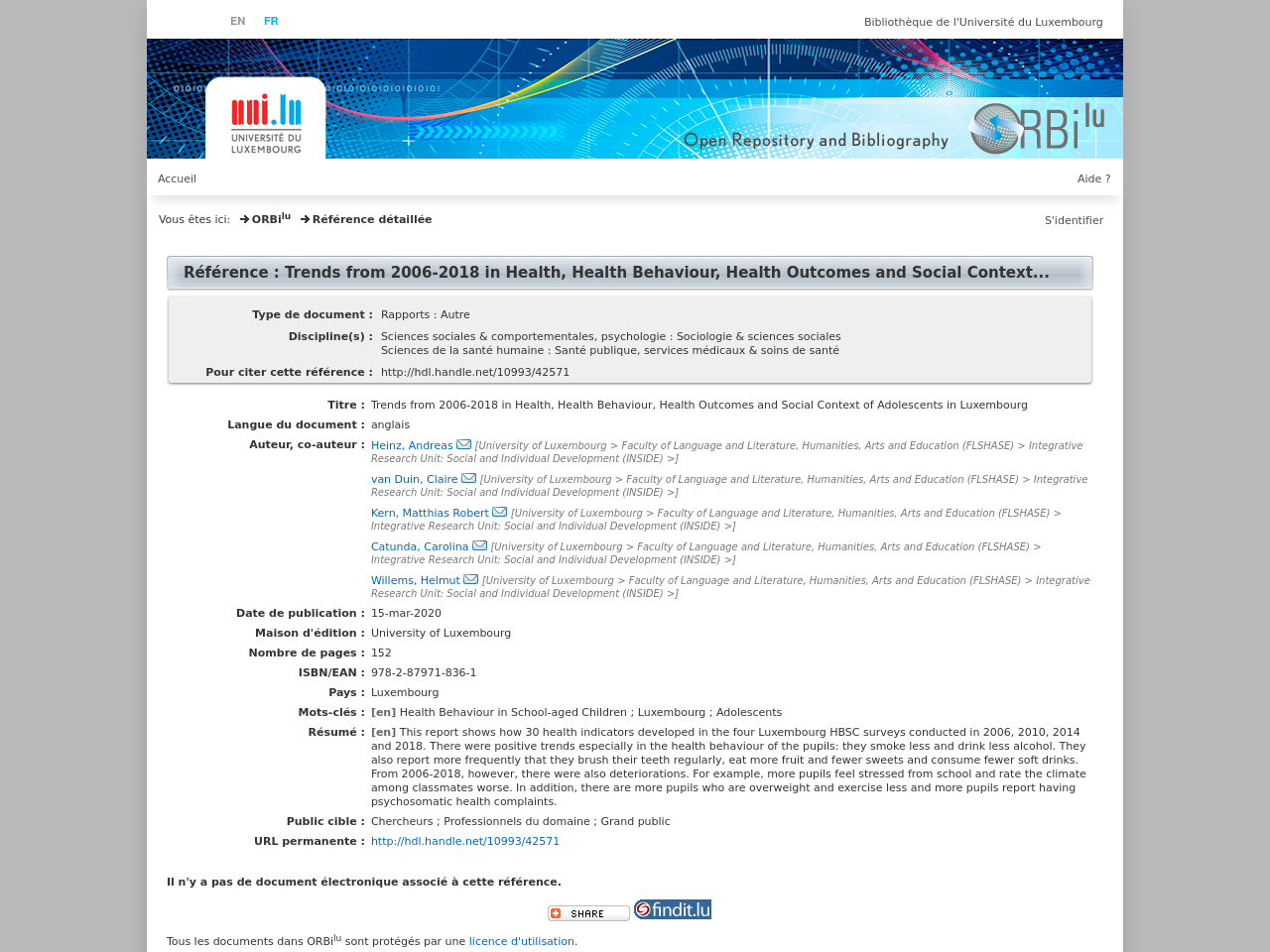