Benevolence is widespread in our societies. It is defined as considering a subordinate group nicely but condescendingly, that is, with charity. Deleterious consequences for the target have been reported in the literature. In this experiment, we used functional MRI (fMRI) to identify whether being the target of (sexist) benevolence induces changes in brain activity associated with a working memory task. Participants were confronted by benevolent, hostile, or neutral comments before and while performing a reading span test in an fMRI environment. fMRI data showed that brain regions associated previously with intrusive thought suppression (bilateral, dorsolateral,prefrontal, and anterior cingulate cortex) reacted specifically to benevolent sexism compared with hostile sexism and neutral conditions during the performance of the task. These findings indicate that, despite being subjectively positive, benevolence modifies task-related brain networks by recruiting supplementary areas likely to impede optimal cognitive performance. 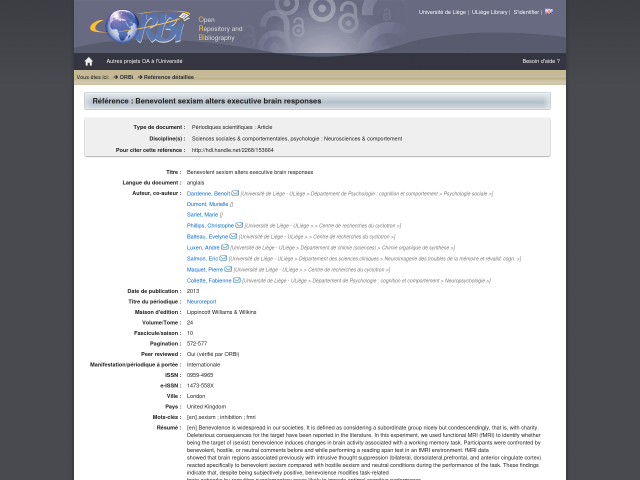