Perceptions of male victim blame in a child sexual abuse case : effects of gender, age and need for closure 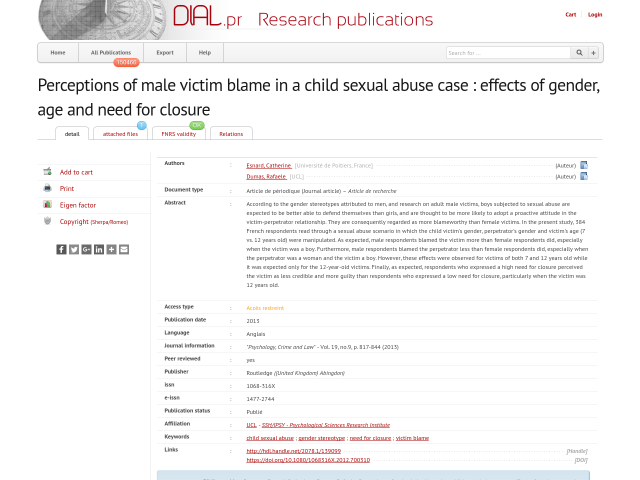