This special issue of Anthropology & Materialism is dedicated to the philosophy of Walter Benjamin. On the one hand, the pieces collected here explore Benjamin’s relation to a range of canonical figures, whose work significantly influenced his own thinking (Kant, Fichte, Marx, Cohen, Husserl, Freud etc.); on the other hand, they put his philosophy into relation with a range of more recent thinkers (Saussure, Blanchot, Lacan, Derrida, Esposito, Hardt and Negri etc.). All the while, the volume seeks to cast into relief an image of Benjamin’s own philosophical programme, its limits and its possibilities, to probe the actuality of his thinking, and to assert his philosophy’s enduring significance at a time of renewed political crisis. 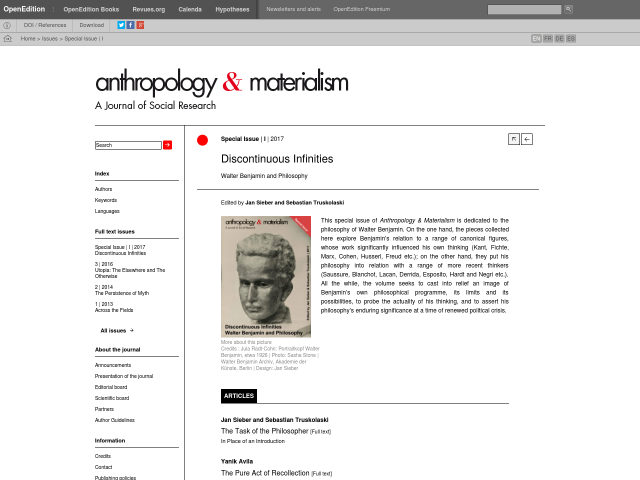