The consumption of horse meat in the Middle Ages remains an ambiguous practice, one which appears in various contexts. Although it is a common belief that the Western Church promulgated alimentary prohibitions on horse meat, its consumption was actually only condemned in the specific context of pagan sacrifices. However, in literature, hippophagy attracts a generalized cultural disgust, which is only overcome in the face of extreme necessity. A few cases can be observed nevertheless, in which horse meat is consumed, including in aristocratic circles, in an undisrupted context. The large majority of references to equid butchering relate to opportunistic skinning or the feeding of hounds. The high frequency of horses that were buried whole also speaks for the rarity of medieval hippophagy. 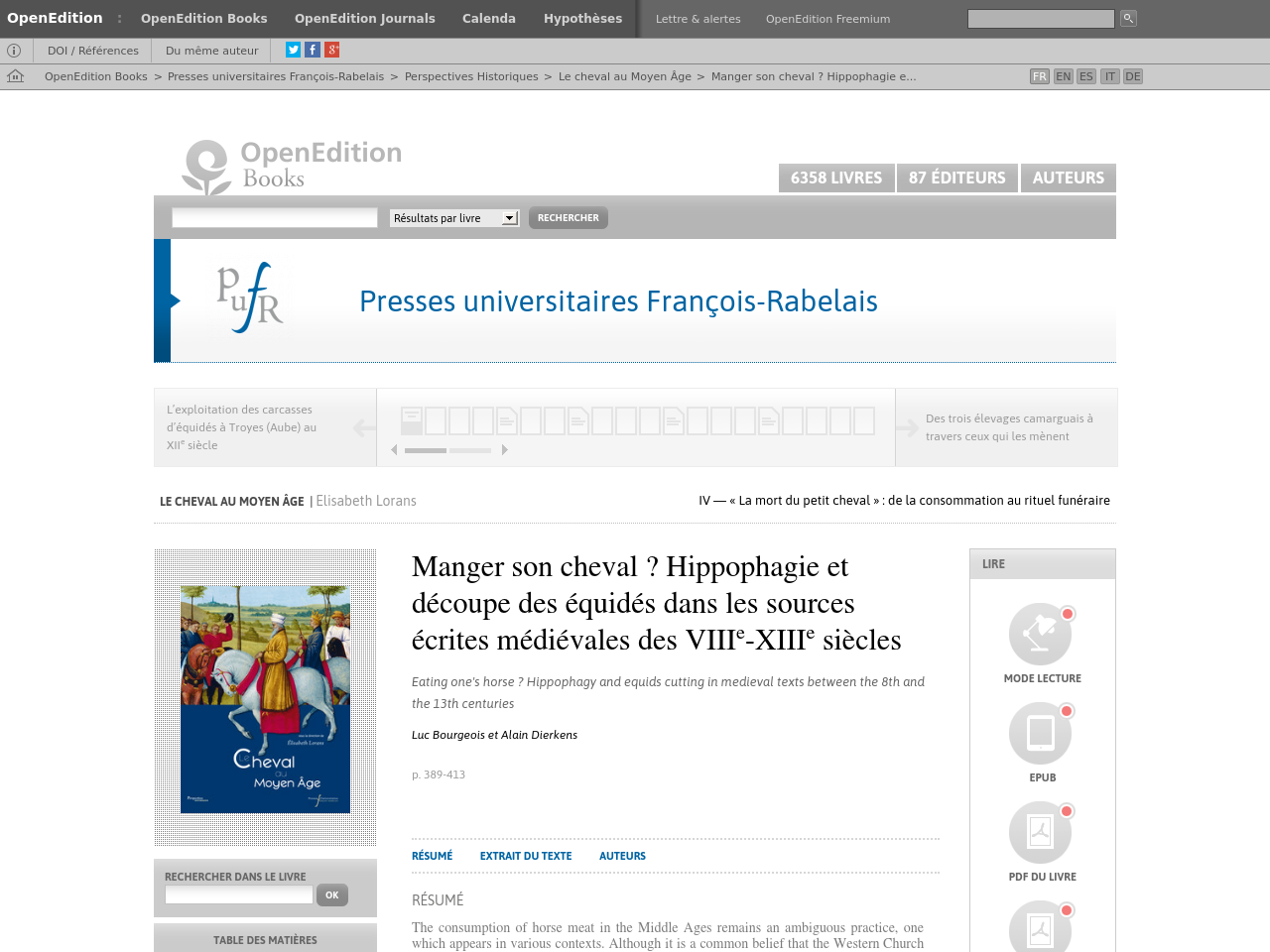