Places and people of urban gardens: Elements for an introduction

Gardening in urban spaces refers to different meanings, depending on the context and circumstances. In this introductive chapter, we first synthesize the academic and intellectual debate in which our questioning about urban gardens raised. “Order and disorder in the garden: social and ecological stakes” was the complex issue we addressed in a colloquium held in Strasbourg in March 2016. During two days, we explored how, through history, some social groups used gardens as an instrument of contestation of a political, economic, aesthetical, or ecological order in urban areas, but also as an instrument of creation of new norms and new prioritization of values. In the past few years, the emergence of the food but also the biodiversity issues created a context of competition between opposed conceptions of order and disorder in the garden and of the garden in the city. This context contributed to increase the diversity of forms and meanings of gardens. This chapter intends to expose some key elements to analyze it through a basic framework. 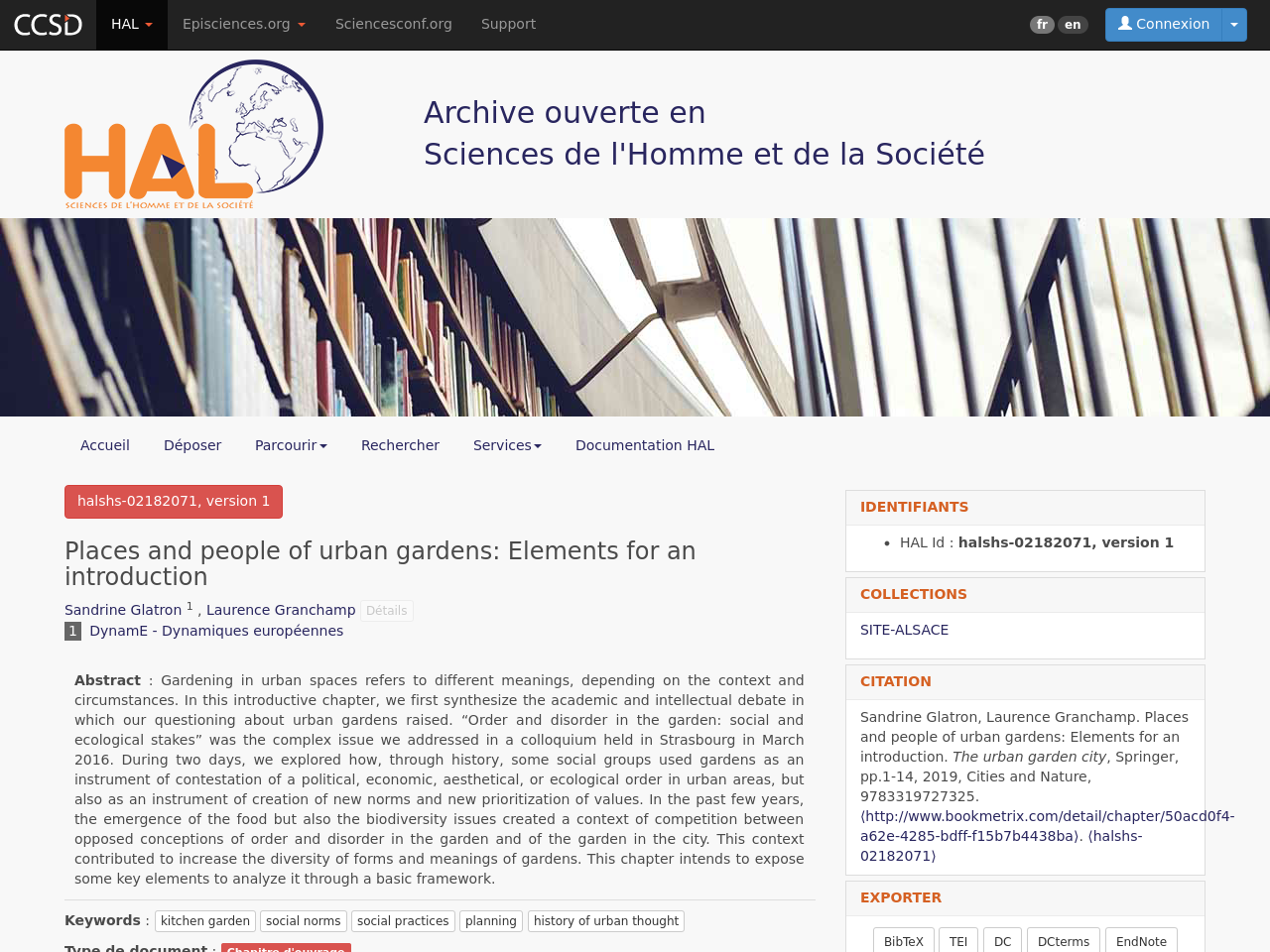