Overview of grapevine trunk diseases in France in the 2000s

The National Grapevine Trunk Disease Survey was conducted in France from 2003 to 2008 to monitor grapevine trunk diseases (GTDs), eutypa dieback and esca/black dead arm (BDA). Data collected from seven regions, 329 vineyards and 12 cultivars were analysed. There were great variations amongst regions in the incidence of GTDs. For esca/BDA, two groups were distinguished: vineyards in Jura and Charentes had greater incidence (93-95%) than those of Bordeaux, Alsace and Bourgogne (54-82%). Incidence increased in Charentes over the 6-year survey, with the highest values being recorded during the last 2 years. For eutypa dieback, all vineyards of Charentes were affected, with 17 to 25% of vines expressing symptoms; for the other regions, 52 to 80% of vineyards were affected, with incidences below 3%. Cultivars Savagnin and Trousseau in Jura were especially affected by esca/BDA. Instead, Ugni Blanc in Charentes was most affected by eutypa dieback. One cultivar could be significantly more affected in one region than in another. The global health status of the vineyards was also investigated. (i) For four regions, 82% (Jura) to 87% (Alsace) of the grapevines were healthy, but this percentage decreased steadily (67%) in Charentes. (ii) Plants infected by GTDs were 32 and 18% in Jura and Charentes respectively, and only 2.9% in the Bourgogne region. (iii) The unproductive plants, i. e. dead, missing, replanted or restored, represented a significant part of the losses (6.6% in Charentes to 9.9% in Jura). The extension of GTDs is discussed with regard to the abiotic and biotic factors that may favour the diseases. 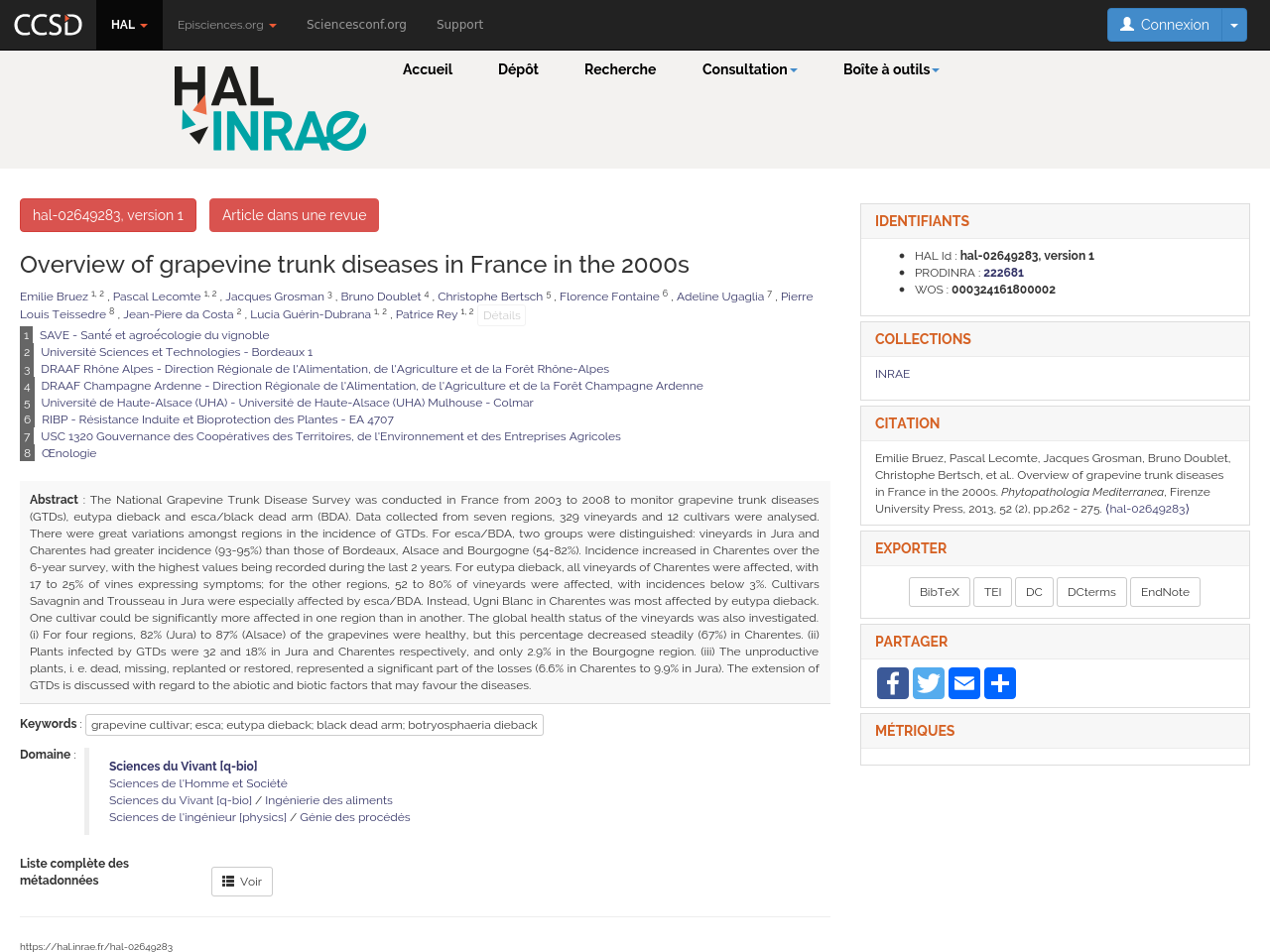