An Earlier Origin for Stone Tool Making: Implications for Cognitive Evolution and the Transition to Homo

"The discovery of the earliest known stone tools at Lomekwi 3 (LOM3) from West Turkana, Kenya, dated to 3.3 Ma, raises new questions about the mode and tempo of key adaptations in the hominin lineage. The LOM3 tools date to before the earliest known fossils attributed to Homo at 2.8 Ma. They were made and deposited in a more C3 environment than were the earliest Oldowan tools at 2.6 Ma. Their discovery leads to renewed investigation on the timing of the emergence of human-like manipulative capabilities in early hominins and implications for reconstructing cognition. The LOM3 artefacts form part of an emerging paradigm shift in palaeoanthropology, in which: tool-use and tool-making behaviours are not limited to the genus Homo; cranial, post-cranial and behavioural diversity in early Homo is much wider than previously thought; and these evolutionary changes may not have been direct adaptations to living in savannah grassland environments." 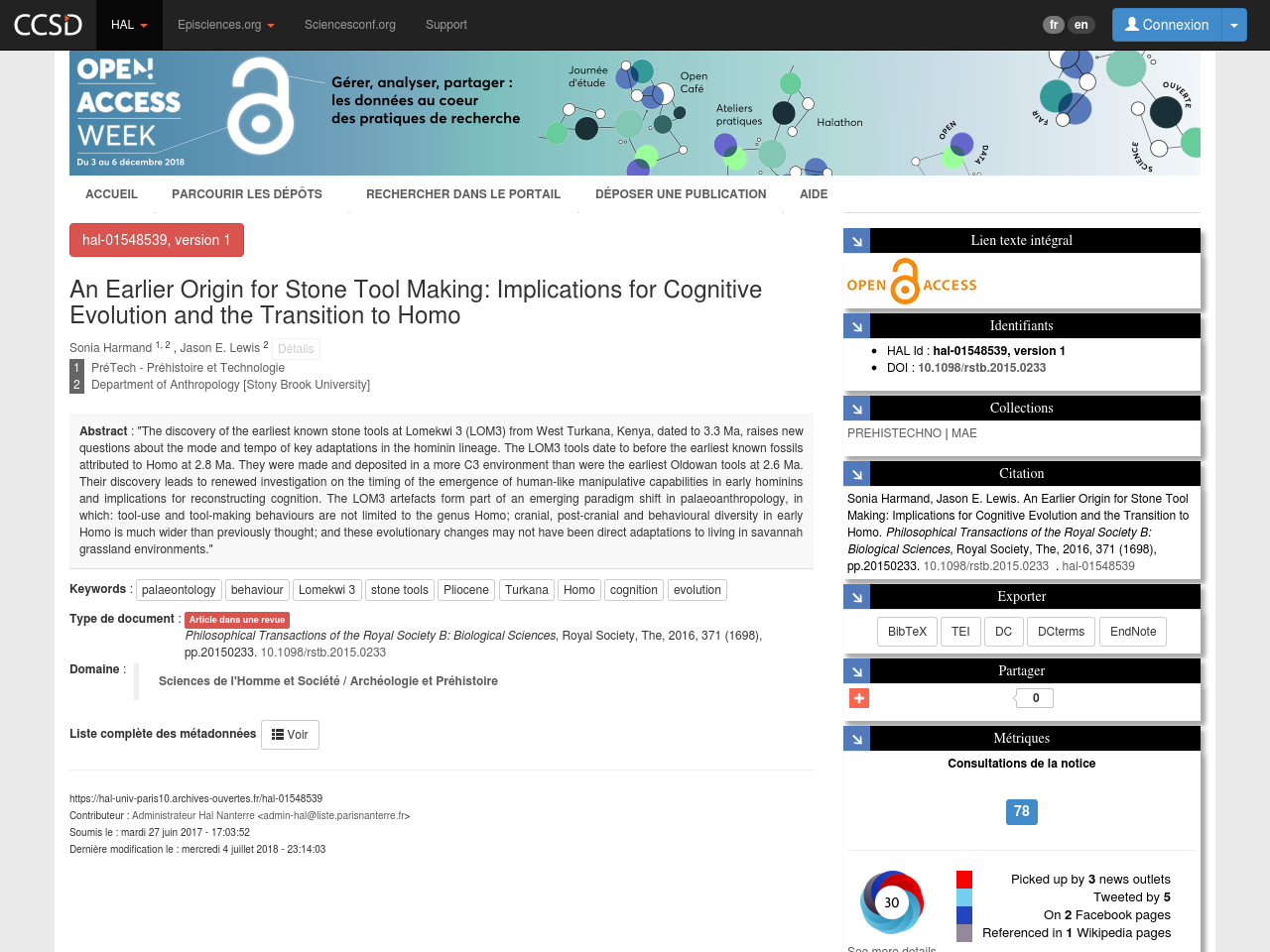