In April-May 2010, 6 consecutive repeated cross-shore sections of ~100 km were occupied by a Slocum glider off the coast of Pisco (14°S) in the southernmost Peruvian upwelling region. The collected temperature and salinity data, acquired from the surface to 1000m depth and the depth-integrated velocity, estimated from the glider drift between two dives, are used to estimate absolute geostrophic alongshore velocities and study the spatio-temporal variability of the near-coastal circulation during a 5-week time period. Besides providing interesting information on the surface frontal jet and surfacing poleward undercurrent trapped on the continental shelf and slope, the glider data reveal the presence of a subsurface deep equatorward current. The dynamics and origin of this current, which can transport up to ˜2 Sv northward, are investigated using simulations from an eddy-resolving regional model (ROMS). This relatively strong equatorward subsurface current is associated with a poleward propagating coastal trapped wave of equatorial origin, with a strongly sheared vertical structure. A simple linear coastal wave model which successfully reproduces part of the observed vertical structure of the current, indicates that it corresponds to a third baroclinic mode of coastal wave. 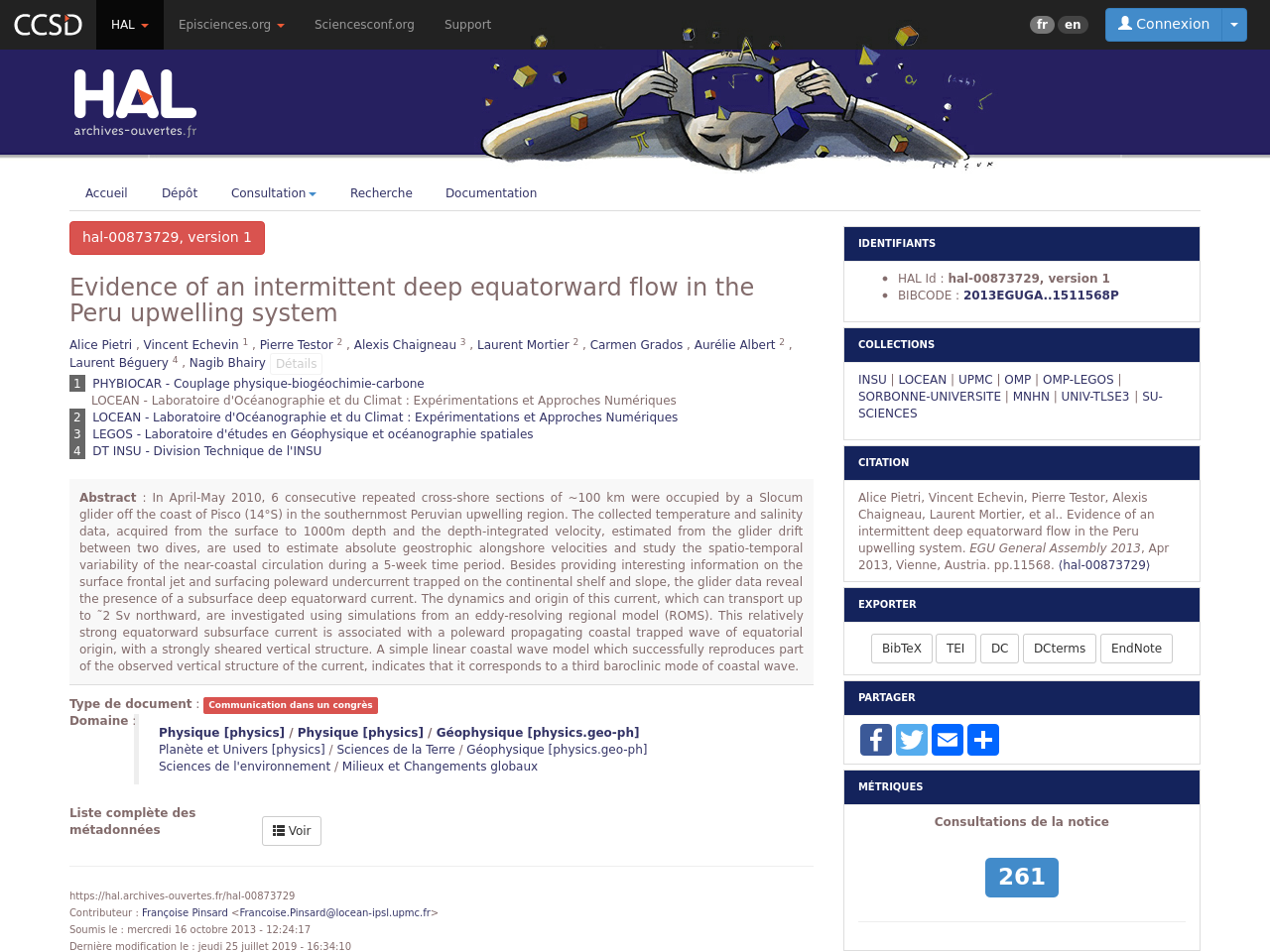