This study examines how the dissemination of research and development (R&D) and technology affected economic performance in different South American countries from 1990 to 2010. The objective is to understand the relationship between countries in the process of international technology diffusion, i.e. measuring externalities and identifying the mechanisms through which technology is transferred. To answer these questions, we consider the Schumpeterian growth model proposed by Ertur and Koch (2011). This framework accounts for the interdependences between countries (resulting from R&D externalities) from both a theoretical and an empirical point of view. With this spatial panel model, we assess the extent to which one country's productivity affects the productivity of other countries in the region and test the effectiveness of R&D in terms of direct and indirect impact on the economy. Different specifications of the spatial weight matrix are considered in order to investigate the different mechanisms of technological diffusion. The originality of this study lies firstly through the use of R&D measures that allow different sources of funding to be distinguished. In particular, we can thus assess the role of R&D expenditure from national sources in comparison with R&D expenditure from foreign sources which, in the context of developing countries, is a key issue. In addition, we provide an assessment of the role of absorptive capacity in terms of research expenditure or investment in human capital on the productivity levels of countries in the region. The results suggest that of the various factors determining South America's economic performance, public sector funded R&D investments and, to a lesser extent, private sector funded R&D, have a positive impact on these countries' productivity. In contrast, however, foreign investment in research does not produce the expected benefits. We also observe that there are significant international spillovers from R&D activities. The ability to disseminate technologies and to take advantage of these international spillovers, however, differs from one country to another. Our estimates indicate that Brazil has positioned itself as the main actor in the region in terms of technological diffusion, while Bolivia is the country most likely to benefit from these spillover effects. 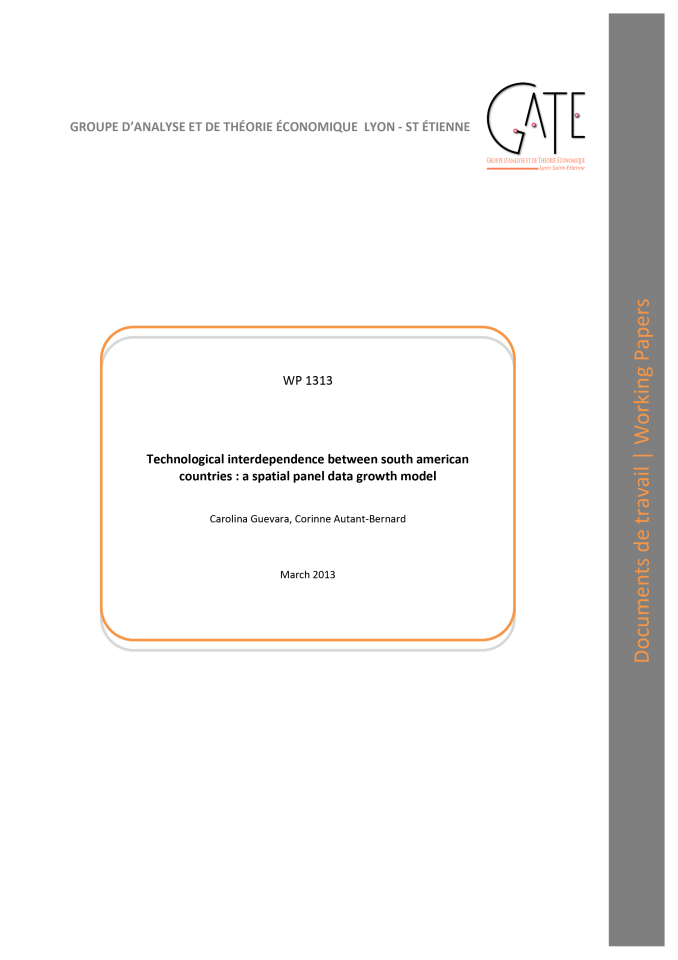