Dopamine and noradrenaline modulation of goal-directed behaviour in prefrontal areas: Toward a division of labour?

The prefrontal cortex is considered to be at the core of goal-directed behaviours. Notably, the medial prefrontal cortex (mPFC) is known to play an important role in learning action-outcome associations, as well as in detecting changes in this contingency. Previous studies have also highlighted a specific engagement of the dopaminergic pathway innervating the mPFC in adapting to changes in action causality. While previous research on goal-directed actions has primarily focused on the mPFC region, recent findings have revealed a distinct and specific role of the ventral and lateral orbitofrontal cortex (vlOFC). Indeed, vlOFC is not necessary to learn about action-outcome associations but appears specifically involved when outcome identity is unexpectedly changed. Unlike the mPFC, the vlOFC does not receive a strong dopaminergic innervation. However, it receives a dense noradrenergic innervation which might indicate a crucial role for this neuromodulator. In addition, several lines of evidence highlight a role for noradrenaline in adapting to changes in the environment. We therefore propose that the vlOFC’s function in action control might be under the strong influence of the noradrenergic system. In the present paper, we review anatomical and functional evidence consistent with this proposal and suggest a direction for future studies that aims to shed light on the orbitofrontal mechanisms for flexible action control. Specifically, we suggest that dopaminergic modulation in the mPFC and noradrenergic modulation in the vlOFC may underlie distinct processes related to updating one’s actions. 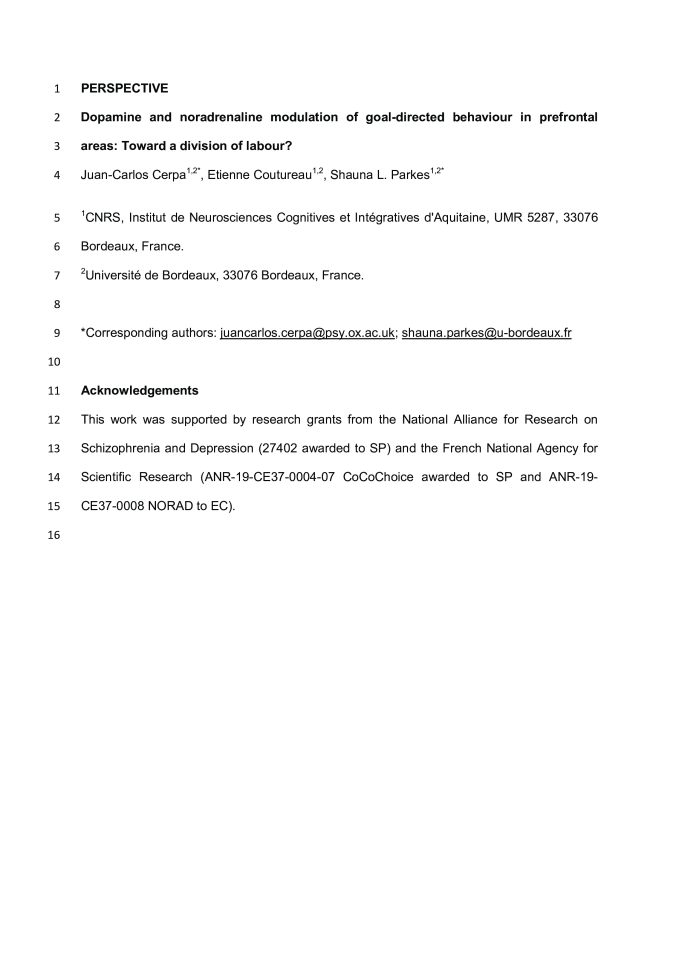