Journal for the Study of Religion

Black Theology had a profound effect on the religious, especially Christian scene in South Africa in the late 1960, 1970s and 1980s. The traditional stance was that clergy should not get involved in politics. What Black Theology in fact enabled clergy to understand, was that the Gospel was not primarily about the forgiveness of sins but about setting the oppressed free. Thus, politics was at the heart of the work of the clergy in South Africa. Black Theology also had a radical understanding of God. While the need for Black Theology may be less critical in post-Apartheid South Africa, there are major lessons to be learned from how it constructed the Gospel message in the then current context of the oppression and exploitation of the oppressed South African blacks. (This article is an edited version of my honorary doctorate presentation at Rhodes University in 2012.) 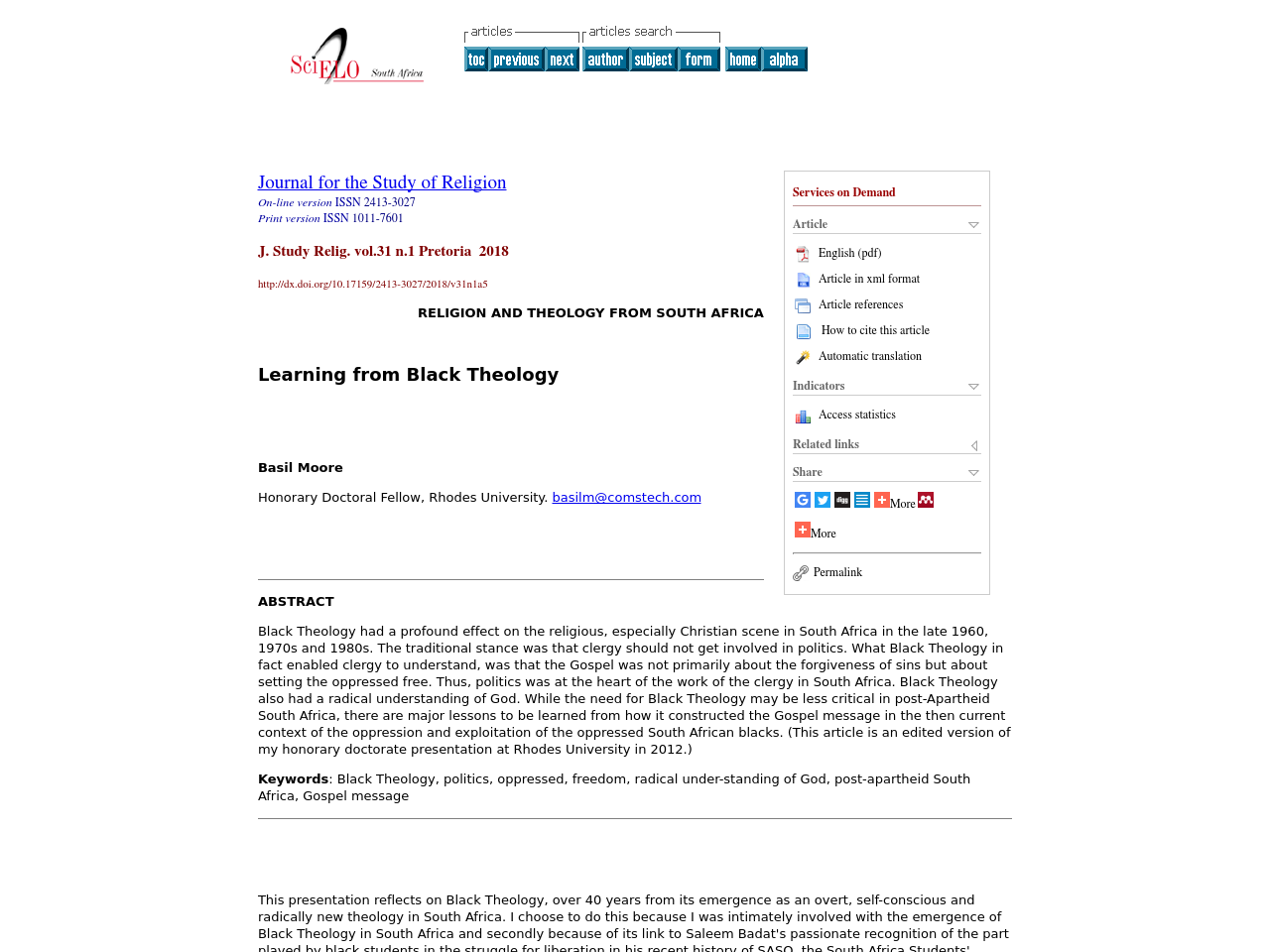