Conflicts at creation: Genesis 1-3 in dialogue with the Psalter

Gunkel in his "Creation and Chaos in the Primeval Era and the Eschaton " argued that the Chaoskampf motif which had its origin in the Babylonian account of creation Enuma Elish is found in two groups of texts: those dealing with the dragon and those dealing with the primal sea. Scholars have since tended to regard the OT as portraying the creation of the universe as the result of a cosmic conflict between God and Chaos. The aim in this paper is not so much to challenge Gunkel's thesis, which others have already done, but to analyse the OT's multiple and diverse voices regarding the protological events. This paper suggests that the relationship between creation and conflict is not that creation occurs through conflict; rather, conflict comes through the process of creation. That is, the fundamental conflict between God and his creatures is evidenced by two conflicts: conflict at sea with Leviathan/Rahab (Pss 74:12-17; 89:9-14), and conflict on land with the serpent and humankind (Gen 2:4b-3:24). 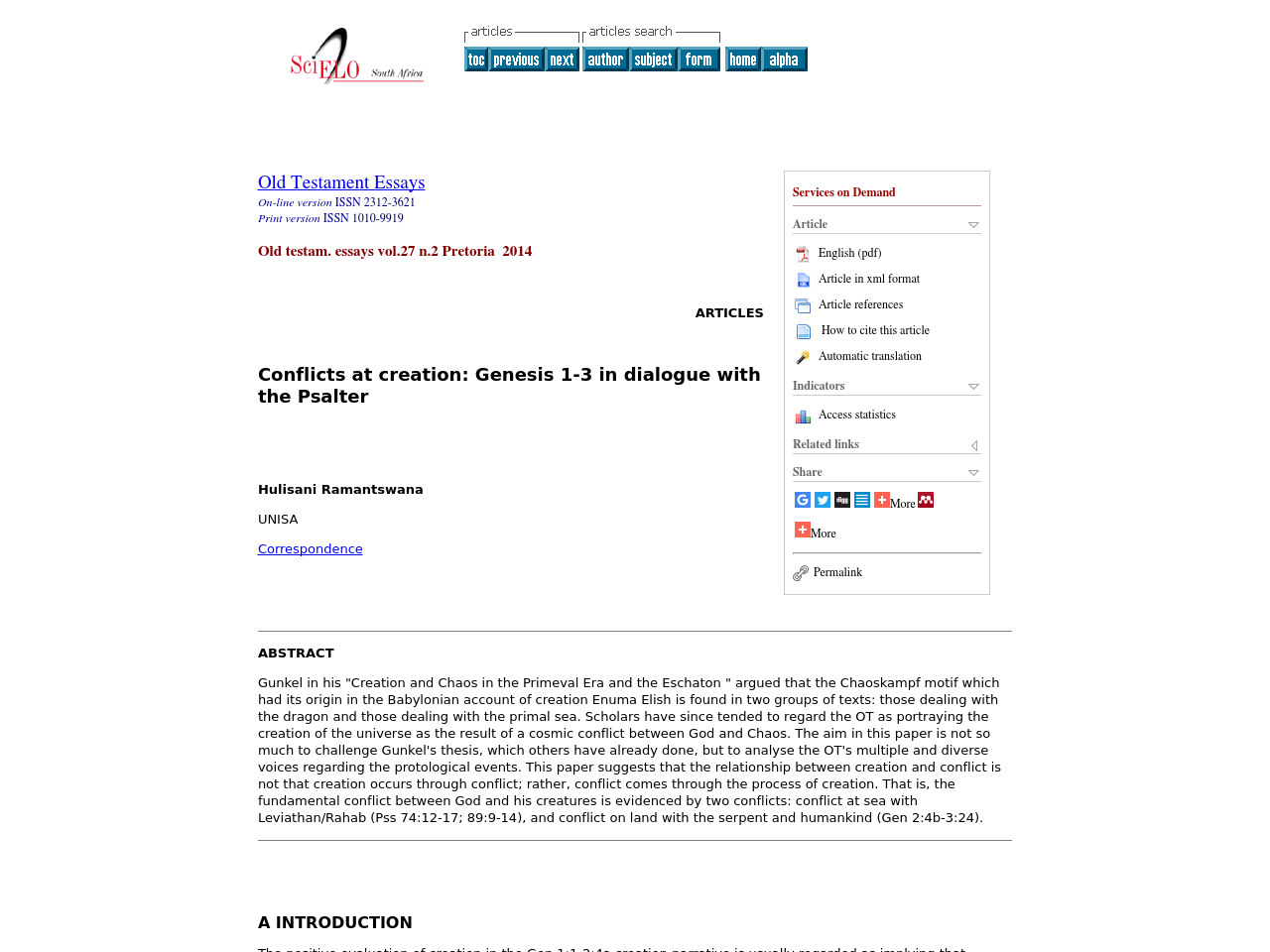