Normal citizens versus rowdies: Police categorisations of protesters in Germany

The paper investigates police perceptions of protesters. Based on group discussions with riot police and interviews with high ranking officers, six domains are analysed as dimensions of a risk constellation contributing to the emergence of an enemy image of the protester. The findings suggest that labels describing the police counterpart often express distance and opposition (1) and depoliticise demonstrations (2). Furthermore, formal (3) and informal (4) categorisations of protesters as well as the perception of indications of threat in policing practice (5) are examined. Bipolar patterns of classification of protesters were found to be influential. Classifications are partly based in the law and partly in particularistic and normative subcultural attributions of legitimacy which police transfer into their organisational interpretive schemata distinguishing between legality/illegality. For explanatory means the study utilises perspectives of organisational sociology as well as the cultural distance between the police and the protesters (6). This is further elaborated using the social figure of the normal citizen, in which specific police conceptions of normality are condensed and which serves as a threshold for the perception of deviant protesters. Besides the implications for theory of democracy of the analysed clichés and enemy images the findings conclusively suggest that the distanced to hostile relationship between the police and some protesters does not merely represent a pedagogical or practical problem of the police, but is the expression of a certain conflict structure. In this structure organisational and individual factors on the side of the police as well as their actual conflict experience at demonstrations converge. 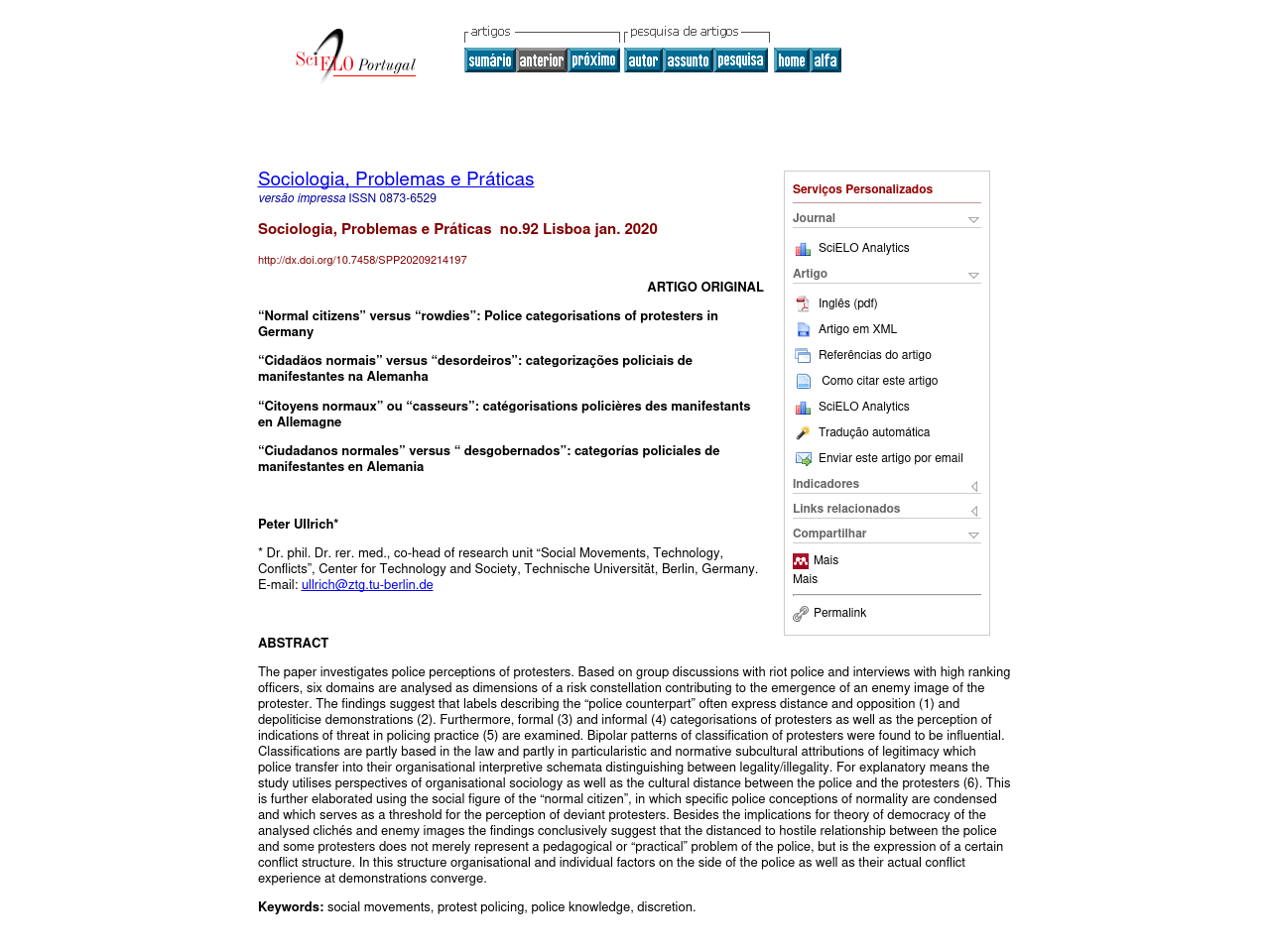