This article empirically examines the impact of migration background on educational achievements in Russia. The main method consisted of logit regressions with longitudinal data for schoolchildren aged 6-14 (from 1st to 8th grades) over the 2010-2013 period (four waves). In contrast to most of the previous empirical literature, the panel data controlled the impact of time-invariant determinants of educational achievements. The findings suggest that migration background has no effect on educational achievements after controlling for socioeconomic status (SES), child's health, school type, settlement and other individual characteristics, all of which have statistically significant effects in distinguishing between successful and unsuccessful students. Thus, there is no educational gap between migrant and native students, something that differentiates Russia from the majority of developed countries. 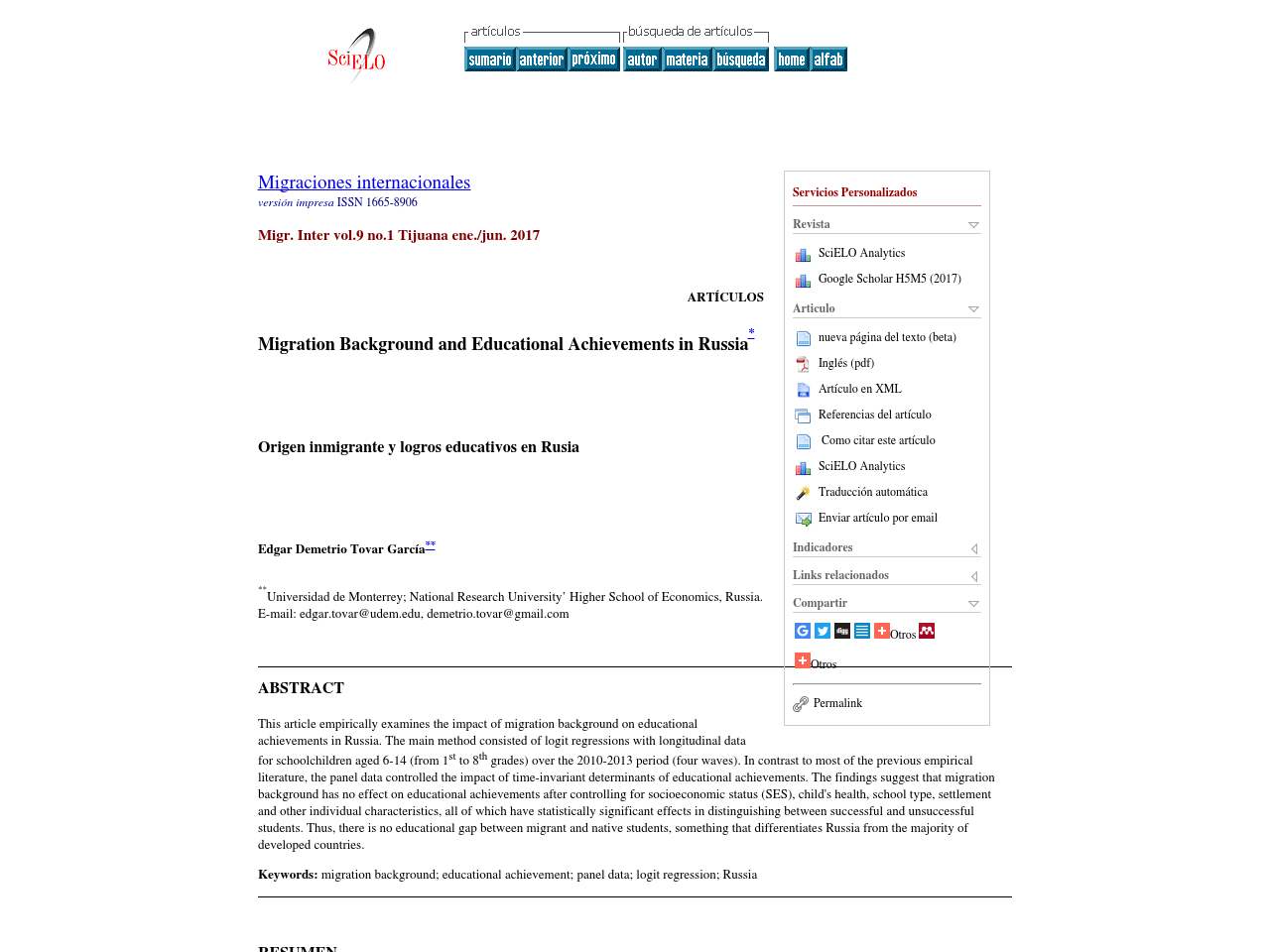