Afro-descendants and social stratification in Mexico. New evidence from the 2015 Intercensal Survey

: The 2015 Intercensal Survey marks the first time African descent self-identification was included on a nationally representative survey in Mexico. Before that, there were no nation-wide official counts of the Afro-Mexican population. In this paper we use ordinal logistic regression models to examine the effect of being Afro-descendant on the educational and occupational status of Mexicans. Contrary to expectations, our results show that, at the national level, there is no evidence that the self-identified Afro-Mexican population has a lower socioeconomic status than other Mexicans. This contradictory result may be attributed to a higher likelihood of Afro-descendant self-identification among more educated people, and lower among the most disadvantaged, particularly in areas where Afro-Mexicans are less represented. 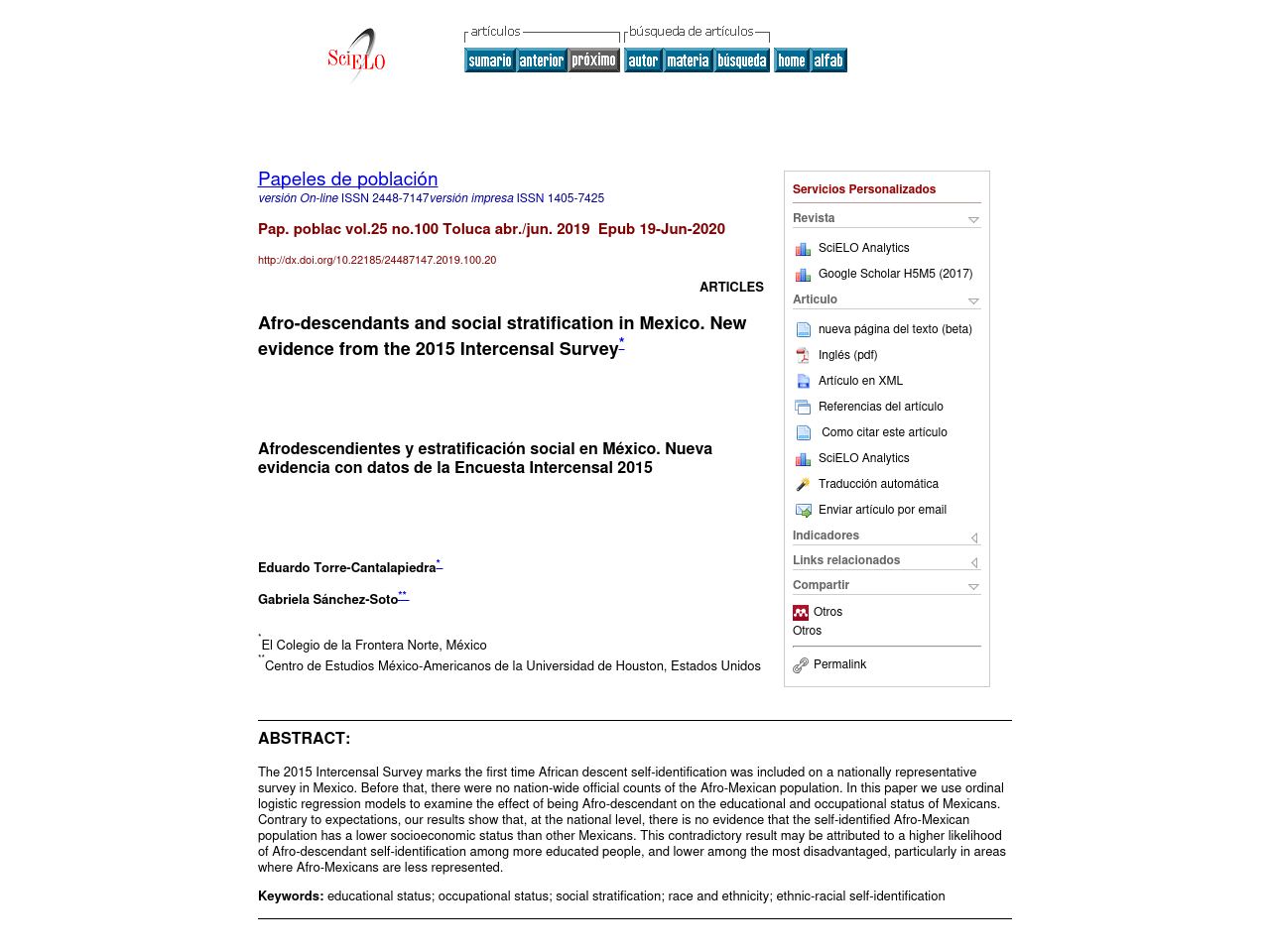