Bertrand Russell converted from ethical cognitivism to ethical non-cognitivism and this was historically important, as it gave rise in part, to meta-ethics. It also clarified the central problem between cognitivism and non-cognitivism. Russell's view was that defining "good" is the basic problem of ethics. If "good" is not amorphous, the rest of ethics will follow. He did not believe in ethical knowledge per se and asserted that reason is, and must only be, the servant of desire. A factual statement is thus true if there is an equivalent fact, but as ethical statements do not state facts, there is no issue of a corresponding fact or the statement being true or false in the sense in which factual statements are. Ethics has no statement whether true or false, but consists only of desires of a general kind and people know intuitively what is "right" or "wrong". To Russell critical thinking is entrenched in the structure of philosophy. His epistemological conviction was that knowledge is difficult to attain, while his ethical conviction showed that people should be expected to exercise freedom of inquiry when arriving at conclusions of something being either "good" or "bad". 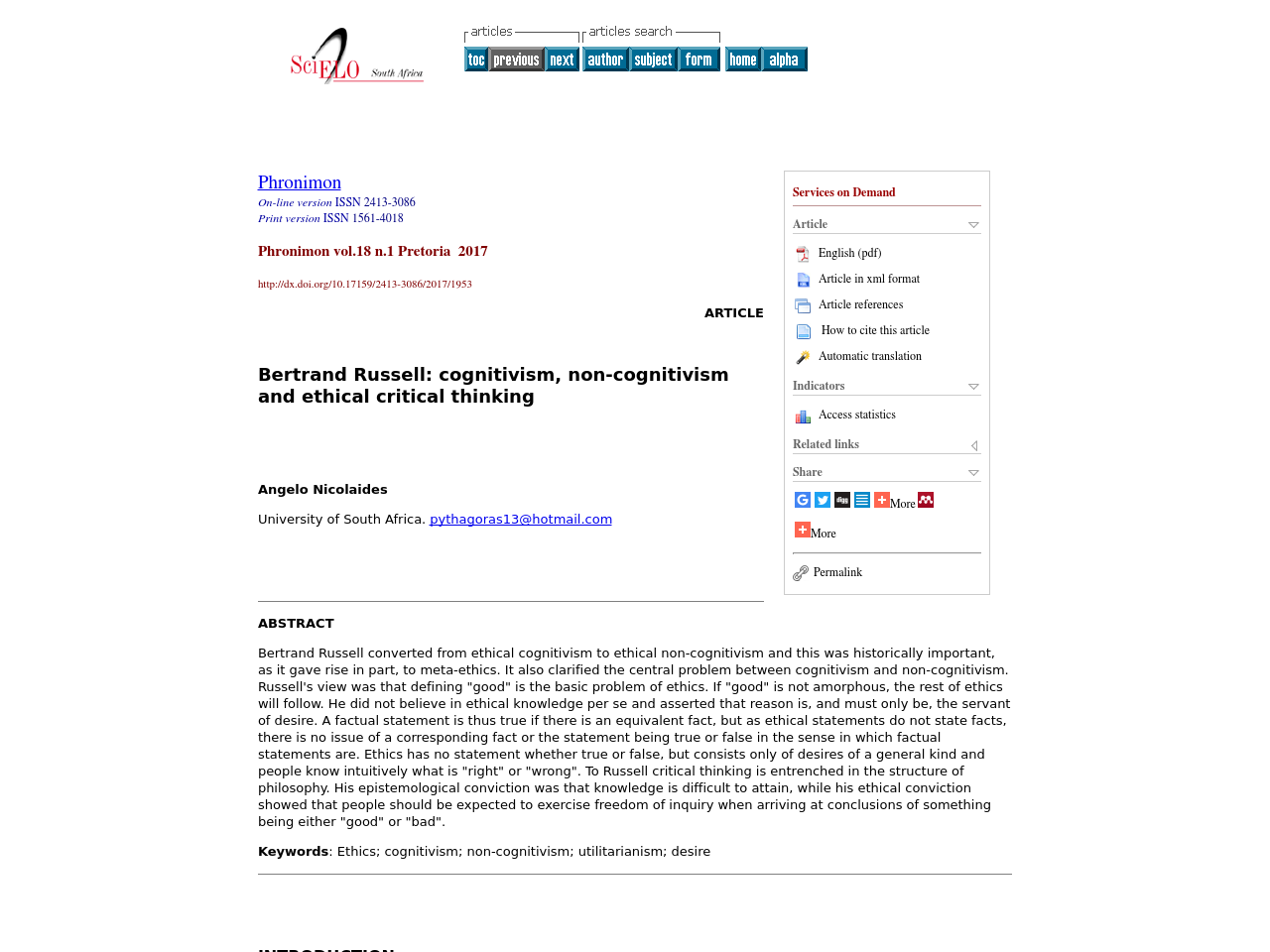