In the twenties, Jews occupied an increasingly visible place in the French public sphere. More than ever before, they felt free to explore the particularities of Jewish identity and culture in the mo-dern world in literature, theatre and debating clubs. Both Jewish authors’ choice of themes and contemporary criticism of their writing reveal many of the tensions and conflicts that the Jewish “revival” of the 1920s raised within the French Jewish community. Some French Jews saw no need for self-censorship and welcomed what they saw as an opportunity to counter stereotypes and share the reality of Jewish life, with all its diversity and contradictions. Others, by contrast, expressed concern that this literary “revival” was popularizing dangerously sensationalist, stereotyped images of Jews and Judaism to the French public. These concerns were heightened by the fact that many Jewish authors of the day conveyed an image of Jewishness as an indelible “racial” trait not dissimilar to that of the anti-Semitic movement, which, critics portentously suggested, had perhaps not had its final word in France. 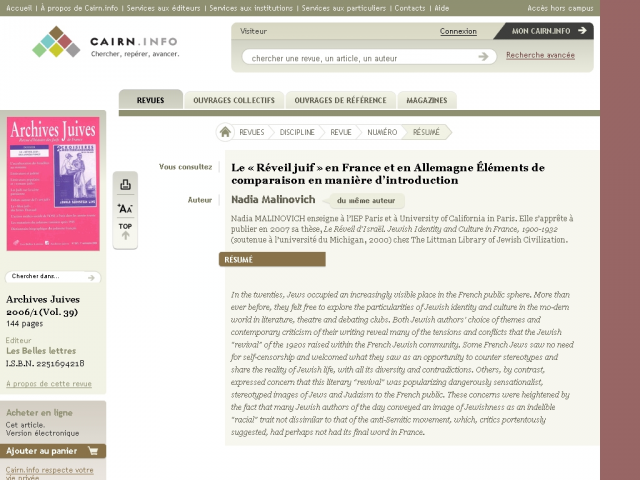